Entertainment, Activism, and the Business of Changing the World

Join us for 2-days of inspiring speakers, networking, workshops and awards designed to support Artists, Influencers, Business Leaders and Entertainment Professionals who share a desire for positive change and a dedication to making a difference.

The Social Impact Conference has been designed to help you connect to the networks and resources you need to get your impactful project out into the world. In partnership with RoundTable Global, this year’s conference will also include action-focused workshops to deliver on the Three Global Goals of Environmental Rejuvenation, Education Innovation, and Empowerment for all.

Immerse yourself in an exciting experience guaranteed to capture your imagination and inspire you with what is possible.

Ideas into Action Workshops and Expo 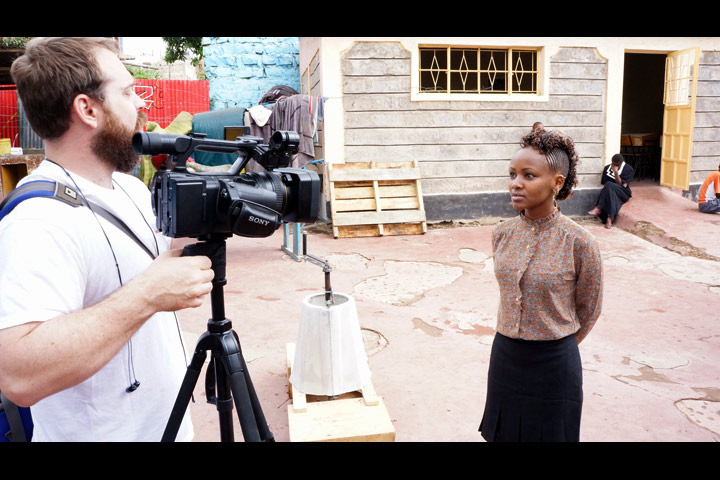 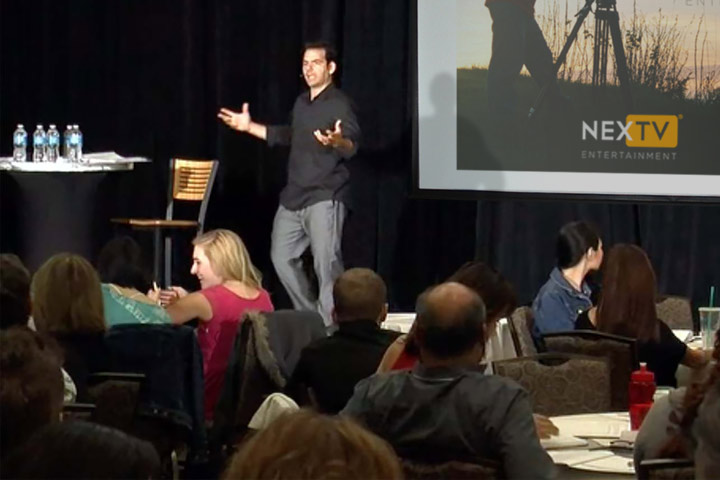 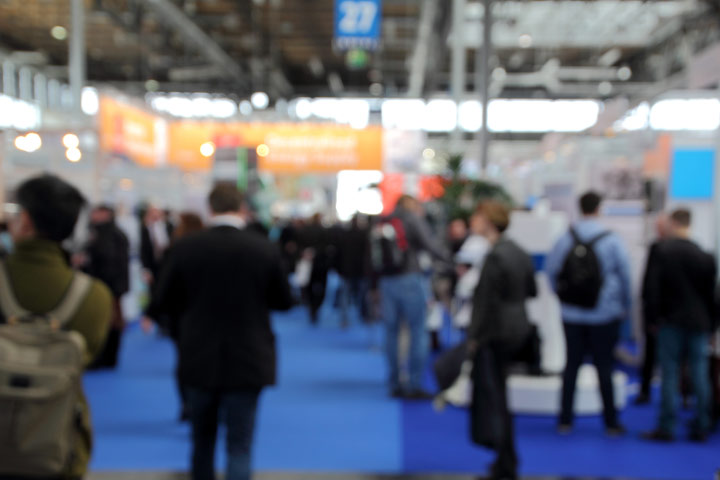 DAY ONE will be immersive, interactive and inspiring with expert Speakers, Panels, and Networking Opportunities, where you’ll learn how to leverage SOCIAL IMPACT to create powerful partnerships — and take your mission-driven project or business to the next level.

An innovative, integrated approach to aligning your projects with reliable sources of funding, including Sponsorship, CSR, and the new Triple Bottom Line of “People, Planet, Profit.”


A discussion about Story, Process, and Inspiration with celebrated industry leaders in film and television.


We’ll explore innovative ways that artists and business owners can use video, publishing, and the internet to engage, inspire and activate.


Learn how these successful business owners have made social impact part of their business model… and how they utilize relationships with artists, activists and Hollywood executives like you.
Glenn Gainor, President, physical production for Sony Pictures Screen Gems, will be discussing sustainable filmmaking this year.
Producer Richard Gladstein (Bourne Identity, Pulp Fiction) at The Artist Impact Panel.
Shelby Stone, President of Queen Latifah’s Flavor Unit Entertainment — 2015 Speaker and Honoree.

“By far the most inspiring event I’ve been to all year.”
— Brooke Forbes
(Writer, Producer, Actor) 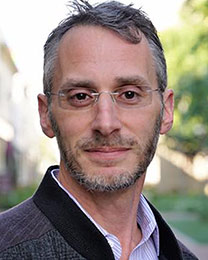 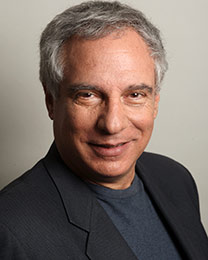 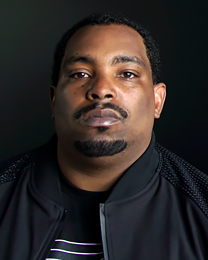 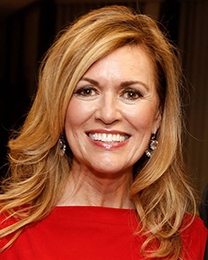 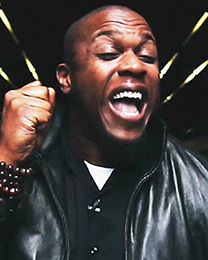 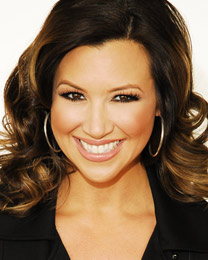 What if your brand had a reputation as a force for positive change?

Creating a Message that Matters

Could your business leverage SOCIAL IMPACT to engage customers and prospects in a more powerful way? Learn to communicate authentically and effectively, and translate your desire for change into an effective business model.

THE SOCIAL IMPACT EXPO is a showcase designed to give our attendees all the tools, products, and services they’ll need to thrive.

VISIT OUR SPONSOR PAGE to learn how YOU can connect with our highly-engaged attendees and participate in an event designed to celebrate socially responsible companies like yours. 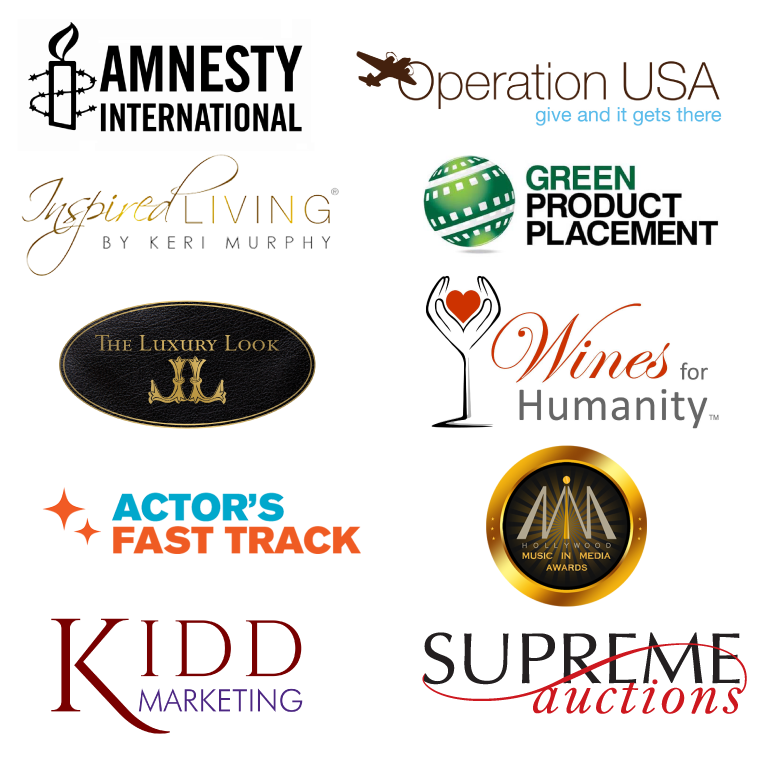 NexTV event supporters include numerous world-renowned brands.
Magnify your impact — at an event designed to celebrate socially-responsible companies like yours.

An inspiring evening of extraordinary speakers, film, and performance, as we recognize a handful of artists, activists, and business leaders who are making a profound impact on the world. (Dress is business casual.)

To one great storyteller, we give the SOCIAL IMPACT FELLOWSHIP, a full year of mentorship, training, and professional coaching to get their socially-relevant “dream project” off the ground.

THE POSITIVE FOR YOUTH AWARDS 2017

For the first time ever and in partnership with RoundTable Global, we are bringing the Positive for Youth Awards to Los Angeles.

The Positive for Youth Awards are run by young people for young people and our way of recognising and rewarding outstanding youth contribution to our Three Global Goals of Educational Innovation, Empowering Everyone and Environmental Rejuvenation. In it’s fifth year, the awards seeks nominations for outstanding young people who are inspiring others in their local communities through individual contribution and projects for change. The awards offer exciting opportunities for winners to be mentored and developed by some of the most inspirational people from across all industries.

If you would like to nominate an outstanding young person for one of the categories below please contact us. 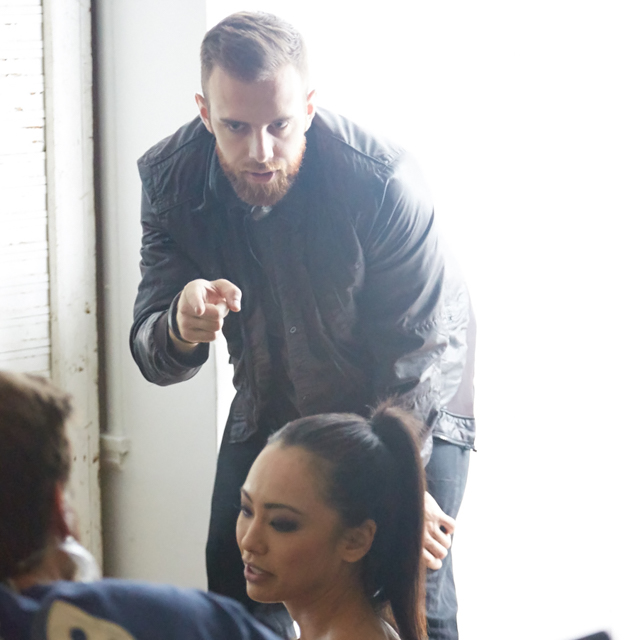 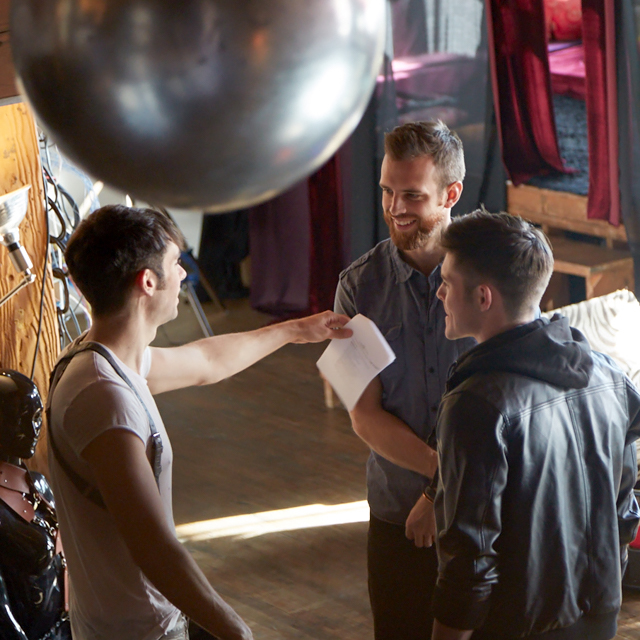 THE MODEL IN ACTION

Several years ago we discovered how powerful partnerships between artists, activists and corporate backers could actually be.

Documentary filmmaker, Rob Hill, partnered with Jock Brandis and his Non-Profit, THE FULL BELLY PROJECT, to develop a concept for a TV series about sustainable agricultural inventions that serve the neediest communities. When we brought in corporate sponsor, Herman Miller, the idea became a reality.

REPLAN IT has since filmed in the the Philippines, Cambodia, India, Mexico City, Michigan, North and South Carolina, and will air on KCET… ENTIRELY financed by corporations like Herman Miller, who are committed to building a better world.

Replan It showed us that the model of combining an Artists’ Vision, innovative Social Impact Initiatives, and Corporate Sponsorship is one that works because it is one that benefits everyone.

EXPERT FACILITATED WORKSHOPS will be provided throughout day 2 providing tools, techniques and resources for your social impact ideas to flourish and grow. The entire day will be filled with inspiring inputs, experiential sessions and opportunities to pitch your ideas to a support network of like minded individuals.

We are designing our workshop schedule now and are keen to hear from you if you would like to contribute in anyway. Contact us for more details.

ROUNDTABLE GLOBAL is a learning and development organisation passionate about making a difference in the world. They are experts in redefining corporate cultures and global communities, in unlocking potential in people and helping to release from fears and self limiting beliefs. They use this expertise to bring the creative and corporate worlds together for mutual benefit and learning, delivering empowerment programmes that further three Global Goals: Educational Innovation, Empowering Everyone, Environmental Rejuvenation.

I’m ready to get inspired, make new connections, and magnify my impact at the Conference & Expo — then celebrate the breakthrough artists, activists, and business leaders who are making a difference at the evening Awards Gala. 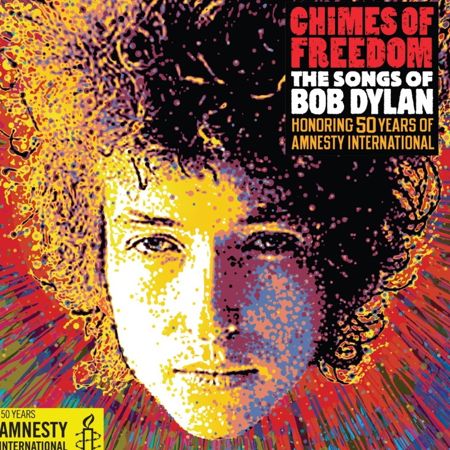 Millions of dollars raised for Social Justice… an extraordinary album on the shelves.

Housing for disaster victims in Haiti, India, Africa and the Philippines… a sustainable business for Dan and his investors. 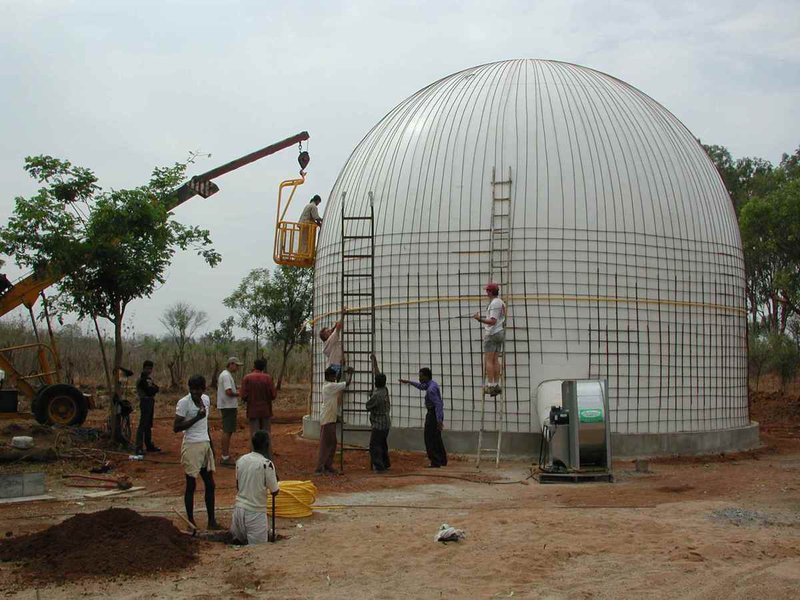 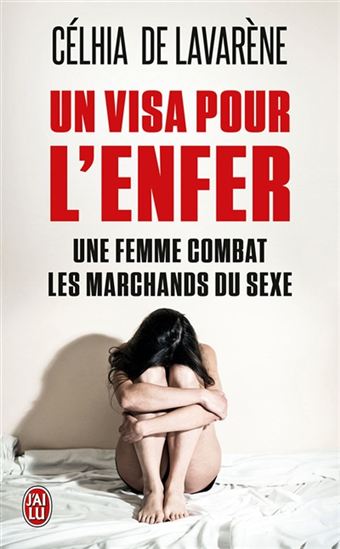 Book published (A Visa to Hell) exposing the horrors of international sex trafficking, a rescue center in Haiti for victims of sex trafficking being built.

Our mission is to promote a sustainable business model for creating change — one that brings artists, activists, and corporate interests together in a powerful way. In everything we do, we seek to bring together three generations to inspire each other with what is possible.

Your talent engages, inspires, and educates us. The CHALLENGE is to get meaningful content funded and out into the world. Come build relation­ships, share your work, and gather the assets you’ll need to make a difference.

You are the “boots-on-the-ground” required to impact people’s lives in the most direct way. But to fulfill your mission you must find new tools to engage donors and build awareness.

You provide the AMPLIFIER that artists and great causes require… but “social impact content” also has to make business sense. There IS a model that works.

Embracing the triple bottom line of “People, Planet, and Profit” allows you to increase your reach, engage with new customers, and elevate your brand. You are essential to the “impact” equation.
BUY TICKETS 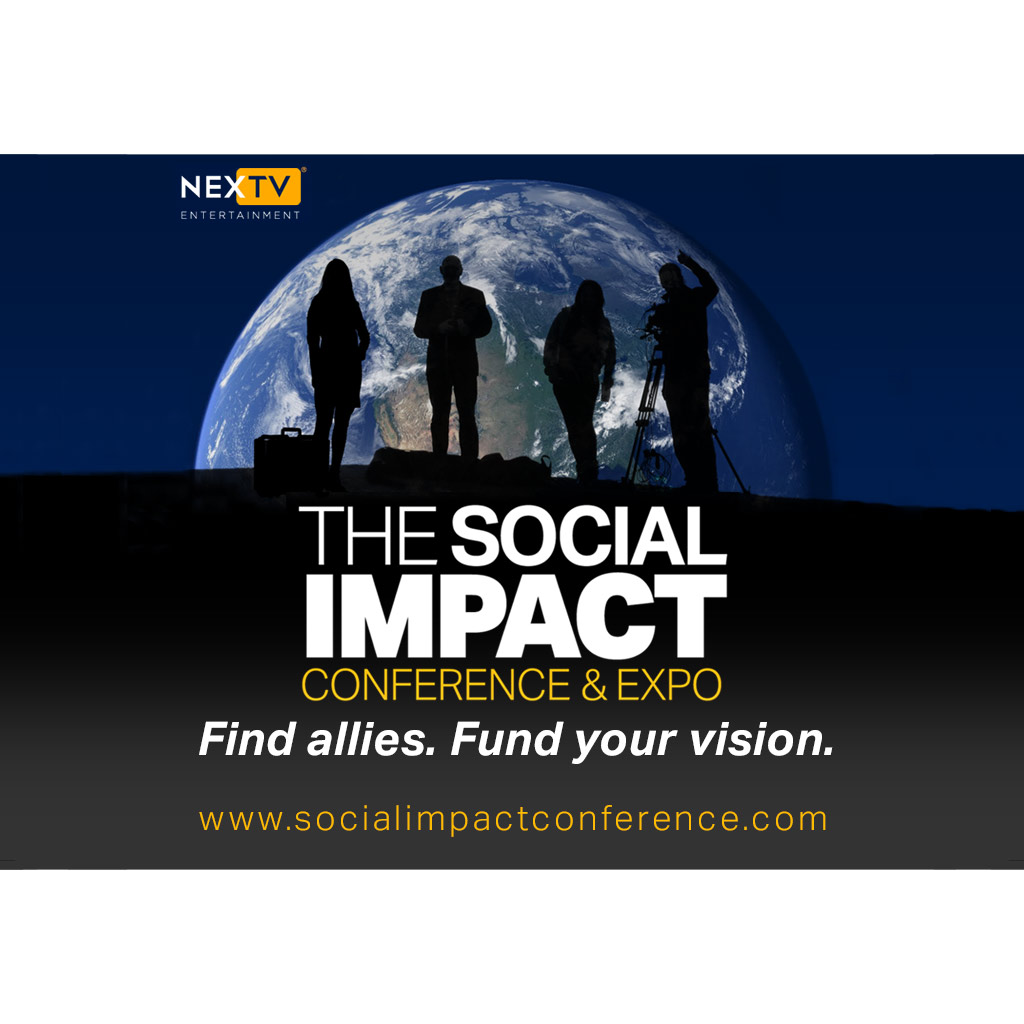